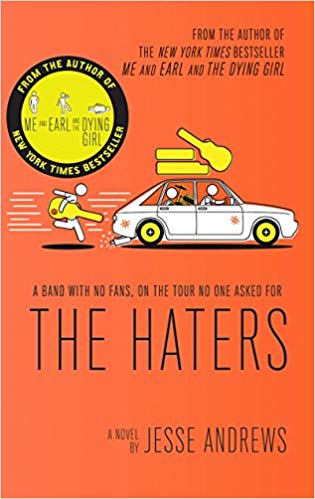 Wes and his best friend, Corey, were excited for jazz camp. But it turns out to be lame. It is pretty much all dudes talking in Jazz Voice. And if that werent lame enough, Wes and Corey are put in Gene Krupa, the band for jazz-camp bottom-feeders. But then they jam with Ash, a charismatic girl with an unusual sound, and the three just click. Its three and a half hours of pure musical magic, and Ash makes a decision: they need to hit the road. Because the road, not summer camp, is where bands get good. Before Wes and Corey know it, theyre in Ashs SUV heading south, and The Haters Summer of Hate Tour has begun.