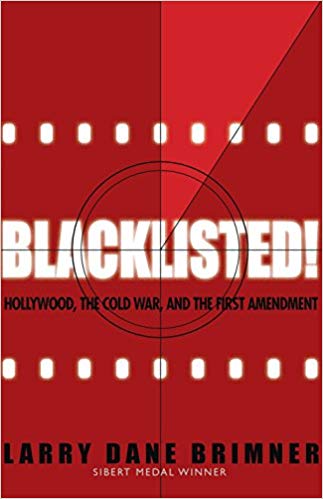 Blacklisted!: Hollywood, the Cold War and the First Amendment

World War II is over, but tensions between the communist Soviet Union and the US are at an all-time high. In America, communist threats are seen everywhere and a committee is formed in the nation’s capital to investigate those threats. Larry Dane Brimner follows the story of 19 men–all from the film industry–who are summoned to appear before the House of Representatives Committee on Un-American Activities. All 19 believe that the committee’s investigations into their political views and personal associations are a violation of their First Amendment rights. When the first 10 of these men refuse to give the committee the simple answers it wants, they are cited for contempt of Congress and blacklisted.